Wild Zero = The Ramones x Plan 9 From Outer Space x The Return of The Living Dead.

The plot revolves around Ace, a wannabe punk rocker. One night after a gig, he accidentally saves his favourite band, Guitar Wolf from getting killed by a sleazy club manager. As a reward for his heroic deed, the lead singer, also called Guitar Wolf, gives him a magic whistle. So whenever Ace needs a hand, all he needs to do is blow the whistle and Guitar Wolf will come to his aid! Meanwhile cadres of small alien space ships invade a town a few miles away and turn all of the inhabitants into zombies. 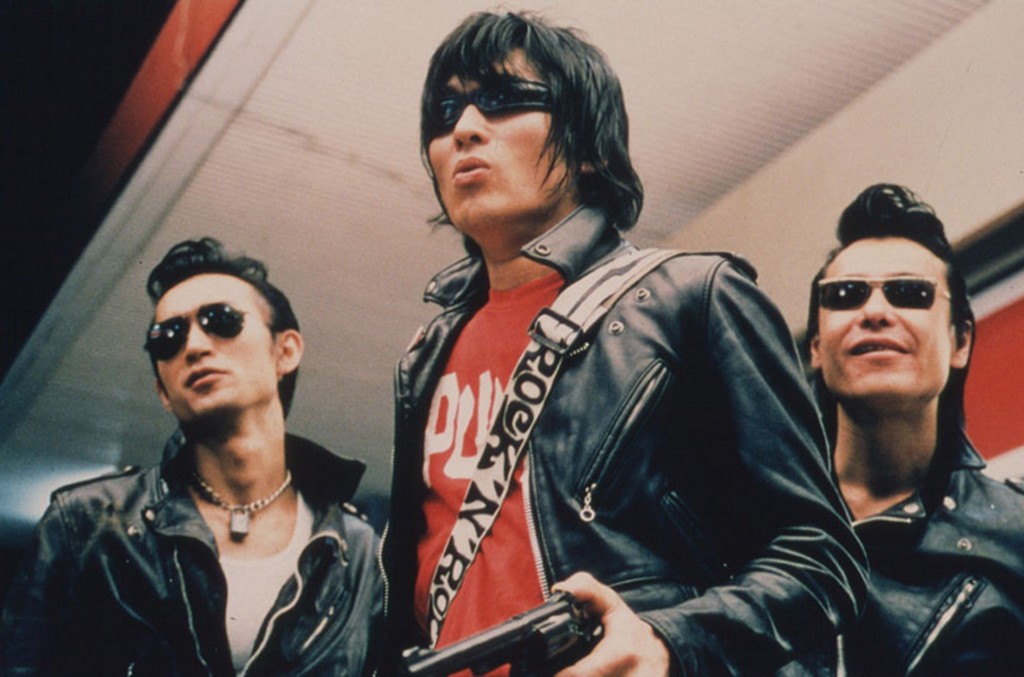 This surreal film mostly comes across as one extended music video clip. This eccentric and zany Japanese Zombie film come with a number of elements thrown into the mix: Action, Romance, Horror, Sci-fi and Comedy. Regardless I found this campy flick to be extremely enjoyable and frankly they do not produce such classics like they used to. I caught Dead Sushi (2012) recently and it was truly unbearable. Like Wild Zero, the Director tried integrating various horror elements from old school gems such as Re-Animator, Killer Condom and Night of The Living Dead…but failed miserably. It came across as trying way too hard to be a B-Grade film.

Anyways, for Wild Zero, you can easily see the influences of George A. Romero’s Trilogy of the Living Dead movies throughout this film – from the way the zombies behave and look to some familiar scenes and ideas being thrown up. Unlike Romero’s films, this one does not have any type of satire or social commentary, but just plain craziness, brainless action and Rock ‘n’ Roll! You can expect an abundance of over-the-top action sequences, gore, explosions, tacky situations, lame dialogue, clichés, computerised zombie blasting, dazzling special effects and flamboyant characters! There really is never a dull moment to be had. So just switch off your brain and enjoy the ride! 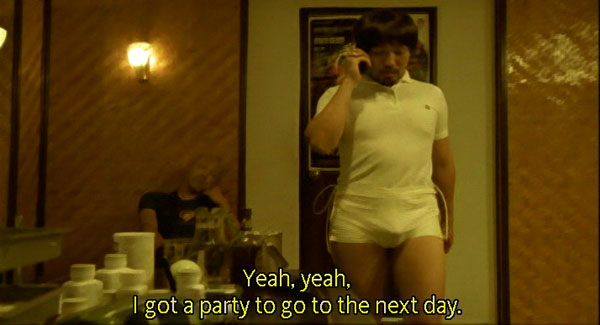 The performances are nothing tremendous but it’s enough to get by. The actors do not seem to be taking it seriously, though Guitar Wolf plays himself and comes across quite the opposite and being your stereotypical super cool rockers in their black leather clothes, black shades and styled-up hair. The band members’ Bass and Drum Wolf play themselves as well. Masashi Endô takes the lead role as Ash and comes across as a quirky rock ‘n’ roll fan. Shitichai Kwancharu stars as the innocently sweet Tobio, who has a deep secret and Inamiya Makoto as the cynical manger Captain, who loves his tight short shorts!

Fundamentally, Wild Zero is a love story disguised as a schlock horror film! 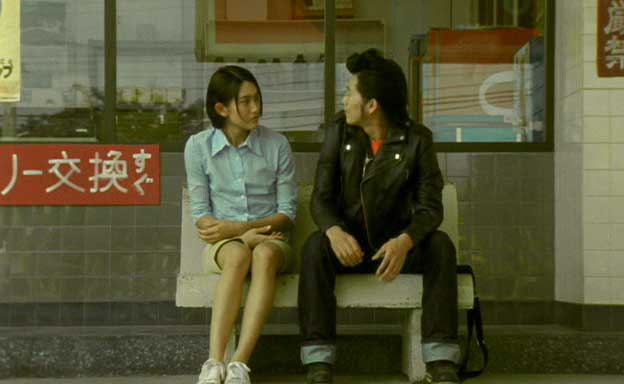 Love will save us